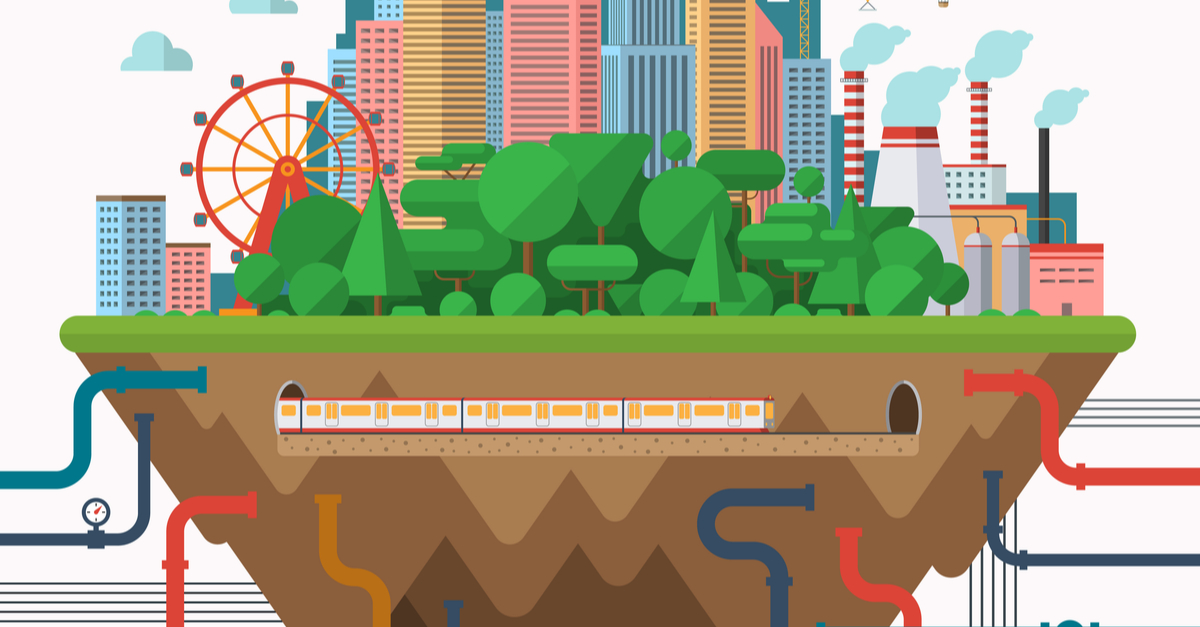 Take a look behind the scenes of one of our big projects, the National Underground Asset Register (NUAR) that was launched earlier this year.  Holger Kessler, our Geoscience Technical Adviser, introduces the wider team.  Here you will find out their backgrounds, what drives them and how they went about building a secure and trusted digital sharing platform for all the pipes and cables under the ground.

Why do we need a NUAR?

Did you know... that there are 1.5 million kilometres of underground services in the UK all working hard to keep our country supplied with water, gas and electricity.

With all these assets and different companies involved working beneath the ground is both complex and inefficient. The estimated economic cost of accidental strikes on underground pipes and cables is £1.2 billion a year. Workers who strike gas pipes and electric cables by mistake can also put themselves and others in danger of death or serious injury.  These are just two of the reasons why the Geospatial Commission launched our National Underground Asset Register Pilots, to make it easier to find out what exactly is beneath the ground.

From soils to rocks to pipes and cables

Working as a geologist at the British Geological Survey, one of the Geospatial Commission’s partner bodies, I have spent my entire career thinking about, looking at and digging into what is underneath the ground. From studying and mapping the soils in my original home country of Germany to surveying and modelling the geology of North Norfolk, Yorkshire and Cheshire, as well as helping to build the national geological model of the UK.

I have also previously worked on Project Iceberg in conjunction with the Ordnance Survey (another partner body!) and the Connected Places Catapult. This pioneering work tried for the first time to systematically develop approaches, data models and use cases to deal with the hidden infrastructure and space below our towns and cities. I am now seconded to the Geospatial Commission using this experience to ensure we fully understand user needs, get continued buy-in, kicking off its intense research phase and seeing it through to launch.  I work closely with our partners Ordnance Survey in the north east of England and the Greater London Authority in London to deliver the prototype system.  You can see the image below of it being rolled to the first testers last month.  Believe it or not, this combination of data, lines, shapes and colours is helping the way people work with underground assets in our pilot areas!

We know we aren’t the first to be creating something like this, there are existing systems in the Netherlands, Flanders in Belgium and Scotland has a working system called VAULT managed by the Scottish Roadworks Commissioner. We have spent considerable time engaging with the teams who have built these systems as well as analysing why previous initiatives have failed. Apart from lack of central coordination by government, scope creep was cited as the biggest cause of failure - this is why we are focussed entirely on strike avoidance and minimising inefficiencies that exist with obtaining different maps and plans of the infrastructure buried underground.

I have been really impressed by the many private sector organisations collaborating with the public sector to create a much better solution when digging up our roads - the vast majority of people we have been speaking to think it is a great idea and want a solution yesterday.

Another geologist in government?

In the Geospatial Commission’s NUAR team, I am joined by another geologist, Dr Jon Lakin, whose career started within the oil and gas industry. Jon was instrumental in developing the work leading to our first announcement.  He now leads on security issues, working with other parts of government such as the Government Digital Service and the Centre for the Protection of National Infrastructure, whose role is to protect national security by helping to reduce the vulnerability of the national infrastructure to malicious activity. As you can imagine, there are a lot of security issues surrounding our work.

We often reflect on our journey as geologists who ended up in a central government department, helping to shape the UK’s first Geospatial Strategy. Instead of working out the age and structure of rocks and their behaviour and writing research papers we are now drafting Ministerial submissions, learning about cyber security, the meaning of public good, the typology of pipes, and writing proposals following the Treasury's Green Book. We’ve exchanged looking at pebbles and rock outcrops for manhole covers and road excavations with lots of pipes and cables - geologists, like civil servants, are an adaptable bunch! 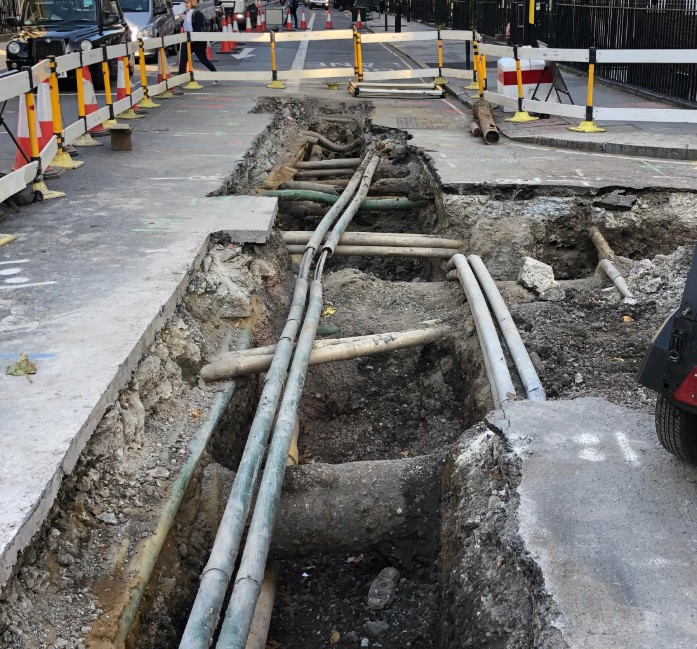 Other team members include Dr Neil Brammall, our Technical Specialist, who has spent a 20 year career in the underground asset space, particularly focusing on the smart application of geospatial data to buried asset protection and safe working.  Neil also sits on Project Iceberg and has been dreaming of a project like NUAR for most of his career. He is helping us to solve difficult technical challenges and also to apply the lessons learned from previous initiatives.

Our Programme Manager, Maria Teneke, joined the Commission from the Government Office for Science and has also worked as Head of Water Strategy for Affinity Water.  Maria keeps us all under control to ensure we deliver on time and is excited about the important role our project has for smart cities, where data is utilised to increase efficiencies, reduce health and safety risks and make our lives easier. Working across the country with hundreds of asset owners and partners, NUAR is a showcase of collaboration and unity for a better future through data sharing and delivery of public services.

Finally, overseeing the whole of the work is our Head of Major Projects Heath Pritchard.  Heath joined us from the Greater London Authority and has strategic oversight of the programme with particular focus on next steps, so you will be hearing more from him in the new year.

We’ll be updating on our progress via these blog pages regularly. If you would like to feature an article on NUAR in your magazine or website, please do get in touch via geospatialcommission@cabinetoffice.gov.uk.  If you are an underground asset owner or a local authority and have questions or ideas about the project, please also get in touch.

Sign up to this blog to get an email notification every time we publish a new blog post.